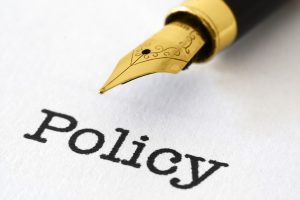 Careful consideration goes into developing NSFA’s Standing Policies. We must be able to convey the issues and the impact on farms or the industry to stakeholders and decision makers.  In order for NSFA executive and staff to track progress and identify if a policy recommendation can be marked complete, we must also know what a win looks like.

As mentioned above, knowing the stakeholders and decision makers is important when developing our messaging.  In some situations, a stronger effort can be made when we strategically align partnerships with other organizations.  In other cases, we are better off demonstrating how agriculture is unique and separate ourselves from others.  Regardless, we develop messaging and strategies to implement Standing Policies.

NSFA Executive Committee reviews standing policies every summer and identifies new priorities.  Members were also encouraged to provide input throughout the summer (July 2019 Farm Focus).  Our draft policies were passed by Council of Leaders at the September meeting and are now ready for review by membership.  You will find our draft paper online at nsfa-fane.ca/agm

Curious about our draft policies for the upcoming year?

Ensuring farmers have access to agricultural land is the primary objective behind this policy.  Actions on resources and strategies to keep agriculture land in production are driving the progress of this policy which is guided under the direction of the Agriculture Land Use Policy Committee.

Soil health is a new addition to the Standing Policies this year.  Farmers are already well aware of the importance of healthy soils; the purpose of this policy is to ensure healthy agriculture soils is a top priority with decision makers.  While the exact direction of the policy has yet to be determined, broad themes include lobbying for a comprehensive soil health improvement program, protection from top soil removal and strategies to mitigate against erosion.  NSFA has also heard from members regarding laboratory testing for soils.

NSFA’s labour policy has evolved over time.  Originally focusing on skills training for farm owners and employees, additions over time include addressing the labour gap with both domestic and foreign workers and clarifying regulations.  With the additions of the Labour Sector funding and progress made on a farm technician apprenticeship programs, the skills and information gap is starting to narrow.  A new commitment under the Labour Standing Policy this year is for NSFA to lobby for the Nova Scotia Department of Labour and Advanced Education to review the Labour Standings Code and the Minimum Wage Order with an agriculture lens to understand the full implications to agriculture.

It goes without saying that the regulatory burden farmers face adds time, money and often stress to any operation.  Consistent service delivery of inspectors throughout the province, clear interpretation of regulations and participation in opportunities to consult on changes as they apply to farm businesses are all elements for which NSFA will continue to lobby.

Much like the Labour Standing Policy, Transportation is also heavily focused on addressing Agriculture’s uniqueness in using the roads.  With the passing of the Traffic Safety Act in the legislature and the following development of regulations, NSFA will ensure that Agriculture’s voice will be recognized in the development of the Traffic Safety Regulations.

Members will have an opportunity to provide feedback and vote on the Standing Policies at the NSFA AGM.  Those wishing to discuss the policies can feel free to contact the NSFA office.  These policies are also being presented at the County/Regional Federation AGMs throughout the fall months, keep an eye out for your local Federation’s Annual Meeting.  Also, be sure to watch for social media posts to like and share!

Standing policies are one tool that directs NSFA’s lobby efforts.  Resolutions brought forward by members and member organization to NSFA’s AGM and NSFA committee work also provide mechanisms for issues outside of standing policies to be addressed.   An annual report on the progress for the policies, resolutions and committees will be available in November ahead of our AGM which takes place on November 28th and 29th at the Best Western Glengarry in Truro.

Do these Standing Policies pique your interest? Is this the direction you would like to see the Federation take with our policy, lobbying and advocacy efforts? Be sure to attend our Annual Meeting where our members can have their say on NSFA policy, learn more about the draft policies for 2020 and learn more about challenges and triumphs for the agriculture industry in Nova Scotia.