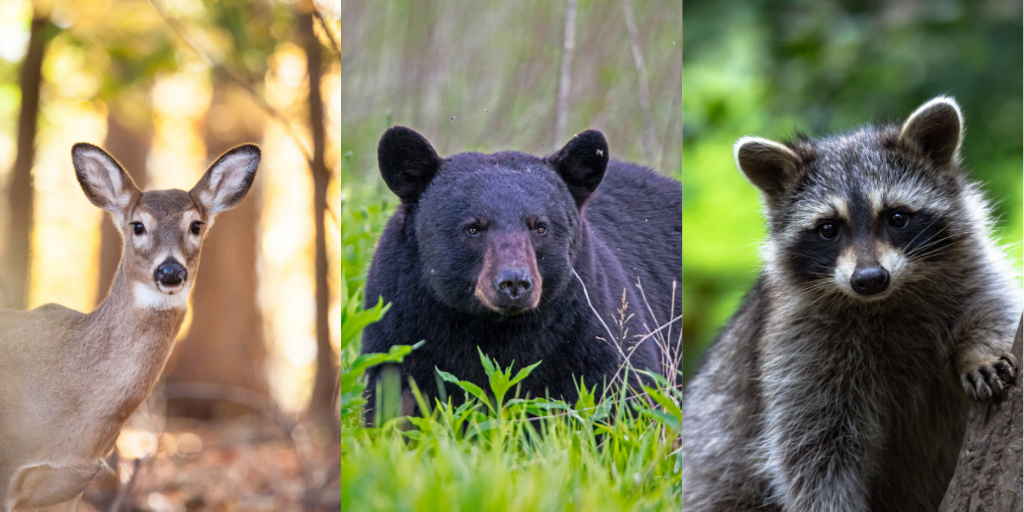 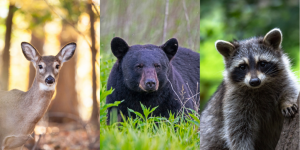 As part of NSFA’s Regulatory Standing Policy, NSFA is committed to informing farmers on regulations and other legislative impacts on their farm. At a recent Wildlife Committee meeting, committee members felt farmers would benefit from knowing more about their options regarding wildlife damage. This article is to provide general information on mitigating against wildlife damage, hunting options and the Wildlife Compensation Program.

Certain species of wildlife can be a costly nuisance for farmers. Mitigating against wildlife damage is an investment that can help reduce costs associated with wildlife damage to crops, and in some cases infrastructure on your farm. Below is information on how farms can mitigate against damages suffered from wildlife species which regularly cause damage. The following information has been adapted from information provided by the Department of Lands and Forestry on nuisance wildlife.

The Department of Lands and Forestry website explains tactics to help mitigate against deer damage. Examples that are most practical to farms include scare devices and fencing. When it comes to deer, remember “an ounce of prevention is worth a pound of cure.” It’s recommended to take preventative measures before deer get a taste and take a liking to a crop.

Scare devices
Variety is important when/if using scare devices for keeping deer out of crops. Deer can become used to regular, frequent or repetitive sounds – so mix it up. Other considerations for scare devices are the size of the field. For smaller field you may want to consider all-night radio stations or gas exploders. Remember to notify your local Lands and Forestry office and your neighbours out of courtesy and keep safety in mind.

Fencing
Keeping deer out of a field in the first place is important – trying to manage returning deer is more challenging than keeping new deer out. Even a single strand of electric fence will keep deer out, but more is better. A great example is the Gallagher deer fencing system – the three-strand system was tested and proved to keep out deer. There is a requirement for maintenance such as keeping an eye on the ground quality, keeping the fence clear of weeds and fixing downed wires are essential to the effectiveness of the fencing system. Depending on your farm, a fence 8 feet high might be practical. Pricing varies by acreage, so you’ll need to do a bit of homework to determine which is best for your crop depending the amount of risk you are willing to assume.

Black bears are attracted to fruit and sweet flavours which probably doesn’t come as a surprise to wild blueberry farmers and bee keepers. Advice to protect homeowners from unwanted visits from bears isn’t always practical for farms. However, the remedy still applies – keep them out. The information below will hopefully help as you mitigate against black bear damage.

Fencing
Fencing bears out of a location is possible. Electric fencing is the most effective. However, amperage must be considered. The most determined bear will get through an electric fence if the amperage isn’t high enough. Although not 100%, fencing remains the best option. Some – not all – bears will just roll through the fence to get beehive larvae. Similar to deer, it’s best to fence out the bear before they get a taste of the goodies!

Lure crops
Lure crops are hit or miss. Lure crops are intended to attract a bear away from the crop the farmer is planning to harvest. Scientific studies haven’t strongly demonstrated the benefits of lure crops, but some farmers swear by them.

Report Bear Sightings!
It’s impractical for a Lands and Forestry officer to visit a location after just one sighting, however, if every sighting is reported and there is an obvious cluster of sightings and reports of damage, justification can be made for an officer to visit an area.

Like other nuisance species, keeping racoons out in the first place is easier than trying to remove them once they’ve arrived. Some preventative techniques include covering opening such as doors and windows with a wire mesh. Electric fences are effective and even more so when there is a ground wire 5cm above the ground and a live wire 15cm above that. Since racoons are nocturnals, the livewire can be turned off during the day. If you need to remove racoons, a sturdy live trap is necessary. An appropriate trap can be purchased at some hardware stores or you can build a barrel trap using a 200L barrel. Be careful when removing racoons – they carry many diseases and parasites which can be harmful to humans. And remember – it is illegal to drown racoons. The Trappers Association of Nova Scotia may be able to provide information and can be reached at info@trappersassociationofnovascotia.ca.

Do you only experience issues with raccoons during harvest season? While this might be the case, you may want to keep the population in check year-round. Trapping is a great way to achieve that. Contact TANS for potential trappers in your area. info@trappersassociationofnovascotia.ca.

Depending on the specific circumstance, there are options available to support the removal of wildlife negatively impacting farm operations.

Nova Scotia, through regulation, has a hunting season for a vast majority of wildlife including many species that are nuisance to farms. Farmers not interested in hunting themselves may wish to work with a member of the Nova Scotia Federation of Anglers and Hunters, a licensed hunter or trapper to address removal of wildlife species during regular hunting or trapping season.

For issues outside of the “normal” hunting seasons, the Department of Lands and Forestry has a process where Human Wildlife Conflict Stamps may be available to remove white-tailed deer and/or black bears. These stamps are available from the first of September until the end of April. The gap between April and September exists to reduce the risk of orphaning non-weaned cubs and fawns. These licenses can be issued in high-pressure zones across the province and are for specified locations and species. The Human Wildlife Conflict Stamps are made available in addition to any above the seasonal allocation and wildlife stamps.

Under the Human Wildlife Conflict Stamps, tags can either be purchased for $7 and the hunter can keep the meat or the tag is issued for free and the meat is donated to Feed Nova Scotia. In the case the meat is donated, it is the responsibility of the farmer to field dress the carcass.

To be approved for Human Wildlife Conflict Stamps, a significant issue must be demonstrated, and mitigation tactics must be attempted. A Wildlife Biologist will visit the location to assess the issue and determine the quantity of stamps to be issued. Any supporting evidence such as pictures from trailcams and assessment of damages can be used to help support your application for these unique stamps.

Farmers interested in working with a hunter either following approval for Human Wildlife Conflict Stamps or during the usual hunting season can connect with Nova Scotia Federation of Anglers and Hunters by contacting Mike Pollard at mikepollard@ns.sympatico.ca or at 902-830-4310.