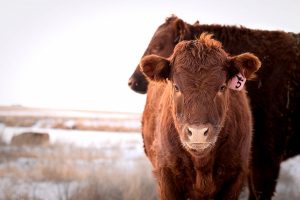 The vulnerability of our meat processing chain, particularly red meat, has been made clear during COVID-19. As the food security conversation surfaced in response to COVID-19, the ability to process our own food here in Nova Scotia is a topic that comes to light on a regular basis. NSFA has had the opportunity to highlight the barriers, challenges and opportunities that farmers know all to well when trying to get their meat processed or open their own processing facility. While there isn’t a hard and fast solution to increase red meat capacity here in Nova Scotia, decision makers are beginning to understand the complexity of the issue. 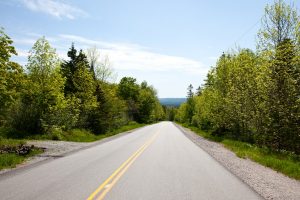 NSFA staff met with Nova Scotia Transportation and Infrastructure Renewal staff: once on licensing and vehicle registration, and again regarding road maintenance. A challenge we are hearing from farms with Temporary Foreign Workers is the uncertainty around international licences. When COVID-19 hit and Access NS offices closed, international licenses were extended until August 31, 2020. NSFA has been working with TIR for an interim solution since, in order to get an international license, the employees must apply for it in their home country. NSFA conducted a survey of members who have TFWs on their farm to understand the full picture of the issue. TIR has indicated that they are working on resolving the issue, but at the time of print, they have not come to a
resolution.

NSFA staff met with Executive Director of Maintenance at TIR to discuss roadway repairs and maintenance. NSFA asked for progress on the issues identified in a member survey in 2016 and what we could do going forward. The survey was to inform areas that the Rural Infrastructure Maintenance (RIM) funds could be best spent. The meeting also covered ditch maintenance plans upon completion of the mowing of the 100 series highways, a couple community specific issues and of course, Spring Weight Restrictions. NSFA has been lobbying for a better process or a complete agricultural exemption for transporting farm products while Spring Weight Restrictions are in place.

NSFA is recruiting members at large for our recently formed Risk Management Committee.

Frequency: As needed with a minimum of two meetings annually.

Members with an interest in participating on a committee will now be able to submit a short application. Be sure to indicate that you are interested in sitting on the Risk Management Committee when you apply. The application is not intended to be onerous and will provide fair grounds for NSFA to fill vacancies on committees. All applications will be vetted by the NSFA Nominating Committee with recommendation to Council for approval. Members and eligible family members will be able to apply. Visit nsfa-fane.ca/committeeapplications to apply!

As NSFA continues to be the one voice for Nova Scotia Farmers, we will strive for an engaged membership as we work together to move the industry forward.

Municipal Elections are fast approaching! NSFA is in the midst of preparing questions and conversation starters for members and agriculture industry supporters to have with you, so you can have conversations with candidates in your district. These supports will be made available on our website and in the eNews starting in September.

NSFA’s draft standing policies were approved by NSFA’s Council and will be prepared for distribution in the October 2020 News and Views. The 2021 Standing Policies mark the first set of policies that were prepared under our new set of by-laws which formed the Policy Advisory Committee (PAC). Members will recognize some themes that are carrying forward including protecting agricultural land, improving soil health and addressing regulatory affairs. New this year is a standing policy that will focus on lobby efforts for the upcoming Federal Provincial Territorial (FPT) Agriculture Framework which is expected to start in April 2023.

NSFA is working through a government relations strategy to help enhance our relationships with provincial political parties – caucuses, critics and staff, federal caucuses and Nova Scotia MPs. You may remember NSFA had a presence earlier this year at each the Progressive Conservative and NDP conventions. Later this summer NSFA will have the opportunity to meet virtually with both the PC and NDP Caucuses. Requests have been made to present to the Liberal Caucus.