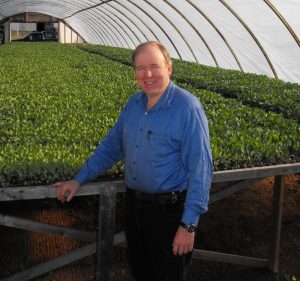 Richard Melvin is President and Co-owner of Melvin Farms Ltd., a five-generation family-owned farm located in the Annapolis Valley near Canning, Nova Scotia, specializing in the production of fresh vegetables for the Atlantic Canada market.

Richard graduated from Nova Scotia Agricultural College in 1976 with a diploma in Agricultural Engineering. In 1983, he was awarded a Nuffield Farming Scholarship, which allowed him to study vegetable production and marketing as well as agricultural policy in Europe.

Mr. Melvin has served as a director of the Center for Small Business and Entrepreneurship at Acadia University, Feed Nova Scotia, Agra Point International and the Nova Scotia Potato Marketing Board.

He and his wife, Jacqueline have 3 grown children currently residing in Nova Scotia, New Brunswick and New Zealand. They are also proud grand parents to two grand children. 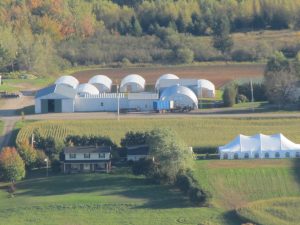 Richard served as a member of the Nova Scotia Federation of Agriculture Executive from 2005 to 2012, and served as President in 2008 and 2009.

“I joined NSFA Executive because I feel it is a well-run organization that endeavours to make a positive difference in Nova Scotia, and in particular rural Nova Scotia.”

When asked what that experience provided him with, he replied,

“The experience of being involved with NSFA Executive was very positive and a high light of my farming career. It allowed me to meet and to work with many good motivated people from all segments of agriculture dealing with diverse issues and always looking to make a positive difference.”

Interested in joining the governing body of NSFA? Click here to fill out a Committee Application form!