Labour – Letter to the editor 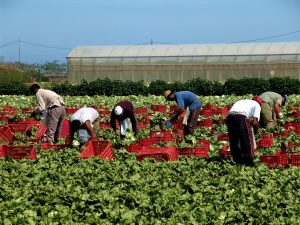 In March a letter was submitted to the Chronicle Herald highlighting the positive impacts of Seasonal Agriculture Worker Program (SAWP) and Temporary Foreign Workers (TFW).  The letter was in response to a reported comment made by an activist at a rally in Halifax on adequate housing.  This article can be found here.

The NSDA Agricultural Weed Advisory Committee met with NSFA Staff to review proposed changes to the committee’s processes.  The Weed Advisory Act and associated regulations are slated for revision. Based on what was presented, a much-needed change is expected to streamline the processes for adding a plant to the Noxious Weed List.  Also, more educational resources on how to manage or eliminate particular weeds are expected and increased capacity for inspectors to ensure noxious weeks don’t get out of control. 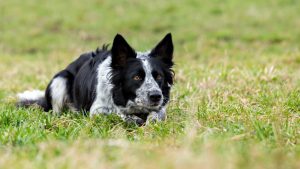 SPCA officers met with NSFA staff in early April.  The meeting was prompted by regular concerns from members with regards to animal welfare inspections for working dogs.  NSFA highlighted concerns around biosecurity and emphasized that working dogs are bred to do the job they do.  The meeting had positive and collaborative actions identified for both SPCA and NSFA.

Resolutions were discussed at NSFA’s April meeting with Minister Colwell.  Minister Colwell requested further information on Gypsum which will be provided at the May meeting.

Rural infrastructure has been a priority area for NSFA over the years.  As a reminder, NSFA has a survey available on our website or by calling into the office. The survey is designed to identify the highspeed and cellular service gaps throughout Nova Scotia as well as the impacts that the gap is having on farms.

The recent resolution on increasing the amount of locally procured goods is being explored.  At a recent Atlantic Federations of Agriculture Meeting, the New Brunswick and Newfoundland federations indicated that both of their provinces are working towards improving their local procurement policies.  The language around those procurement policies wasn’t yet made public, but NSFA will continue to watch for progress and roadblocks that may impact our efforts.

Many members will recall the BRM Roundtable Update from the April News and Views.  Since then, the other provinces held their own provincial consultations and the National Programs Advisory Committee reviewed the findings of the provincial consultations.  There was general consensus across Canada to include family labour, equipment leases and contract work as eligible expenses and look at commodity losses rather than whole farm losses.  The Canadian Federation of Agriculture along with the AgGrowth Coalition (a group of national commodity organizations focusing on changes to the BRM suite of programs) formulated positions and actions of what they would like to see come out of the BRM review.  The group formulated positions on funding processes, the need for such programming, need for robust changes to the programs, options for alternative programs and analysis to accompany the options, and a position on next steps.