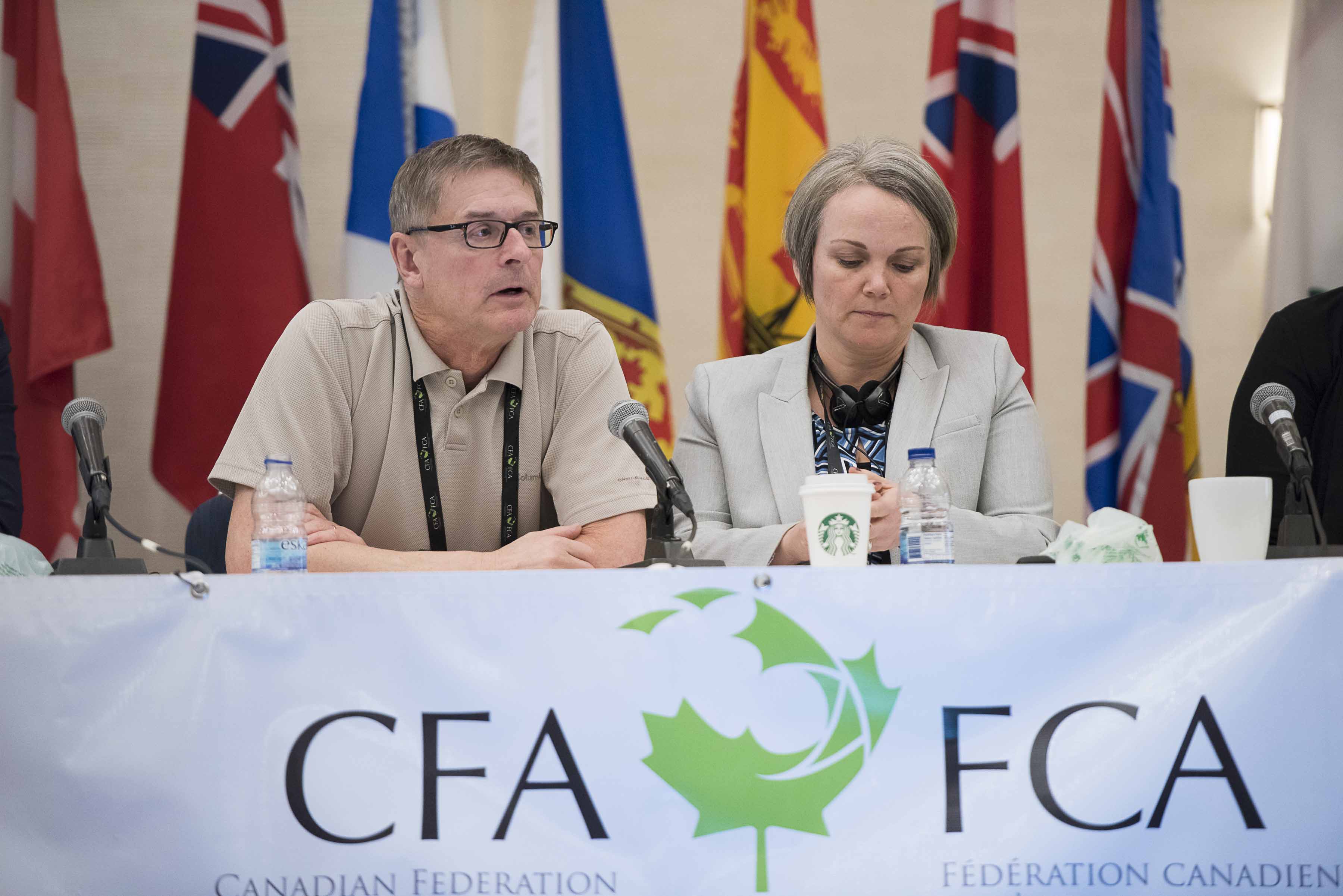 Trade, Canadian Agricultural Partnership and Climate to be hot topics

Bible Hill, NS – Nova Scotia farmers will have representation at the Canadian Federation of Agriculture AGM taking place this week in Ottawa.

Under the theme “Partnering for Success” the meeting agenda features topics such as international trade negotiations, economic growth strategies, and newly announced government programs.  CFA is also hosting a symposium on research and best practices in mental health in agricultural communities.  An announcement will also be made on a new partnership and an awards initiative for farmers who show leadership in the area of mental health.

“Working with farmers throughout Canada to identify, prioritize and address issues at a national level demonstrates solidarity across the industry,” said NSFA President, Victor Oulton.

While in Ottawa, NSFA representatives Victor Oulton, Tim Marsh, Chris van den Heuvel and Henry Vissers will partner with representatives from the additional three Atlantic Federations of Agriculture to meet with Federal Minister of Agriculture, Honourable Lawrence MacAulay, to discuss topics with a national scope relevant to Atlantic Canada.

“Many changes are happening at the national level which will have an impact on farms.  Carbon pricing and taxation of private corporations are just a couple of topics we look forward to discussing with Minister MacAulay this week,” elaborated Oulton.

More information on meeting details can be found on the CFA website.